Apologies, I am more than aware that it has been two months since I updated here. But let me explain, I have good reason, I really do! First off my laptop fell off the bed and bounced off the floor ruining the screen. I wish I had a more exciting or romantic story but alas it just fell off the bed. I went to all the usual shops seeing if they could fix it at a reasonable price. Half the screen had gone white from the hop it took. Can’t be that bad can it? Unfortunately they all were telling me that it would cost upwards of two hundred euro to replace the screen. That I would be better off buying a new laptop. And look, we have loads of laptops right here in the store for you to choose from! Bastards! Screw them; I’d make do with half a screen.
While all this was going on I was in the middle of processing my college application. I had thought I would be entitled to some sort of grant or maintenance or fees paid scheme but governmental bureaucracy can turn you from an optimist into a pessimist fairly quickly. I should get a degree in form filling and random pieces of information gathering. Long story short though, I was going back to college, so I pretty much needed my laptop anyways. Then I did what any man in my position would do. I put it off for as long as possible.
As luck would have it though barely a week into college I saw that the students union fix laptops. What have I got to lose? I bring it in and it’s fixed in two days for just over a hundred quid? Makes you wonder where these electronic stores send off their repairs to be fixed? So, new screen, new college semester, new round of forms to be filled out. So all that has kept me occupied for the last few weeks. But I have my laptop back (all my stuff is on it!).
Now if only I could get around to fixing my PS3, yes it's still broken! It kind of shows that there has been nothing worth buying on it for months, well nothing that I couldn’t buy on the 360. After steadfastly refusing to buy the new Final Fantasy. I picked up Resonance of Fate on 360, Valkyria Chronicles 2 on the PSP among a few others which I will get into in another update. But the most surprising, in that it turned out to be enjoyable, was Silent Hill: Shattered Memories on the Wii. It can be finished in one sitting, there or there about, but did hold my attention throughout, it’s the only game I’ve finished in ages to be honest. I would recommend giving it a quick rent. You can play through multiple times doing slightly different things and as good as this sounds, I had intended to do it but lost interest, who does that kind of thing anyways? 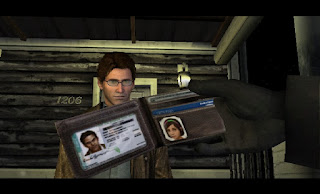 Providing I get to stay attending college and don’t end up breaking my laptop again. I will endeavour to update this site even more frequently than I have been doing. I've got a few games to talk about and want to give my general impression of all those summer blockbusters that I wasted my money seeing in 3D! Plus while rummaging around at home I found some old Sega Power and Mean Machines compilation magazines, so will try and get some pics of those up soon.
Posted by G at 27.9.10 No comments: