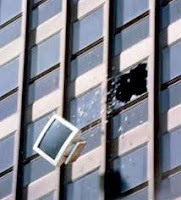 Well it seems that my rejoicing at my newly fixed laptop was a wee bit premature. For not long after getting it safely home and beginning to catch up on all of my college work again, it decides to refuse to boot up. Another trip to the repair shop, followed by another few days of waiting, before the sad news comes through that the poor thing just wasn’t going to make it. The motherboard was fried. So I was once again totally screwed, having to complete my college assignments on the few minutes I could get on campus computers. This meant zero time to update this wonderful blog. I know I promised etc. etc. But I’m still hopeful of getting a shiny new laptop under the tree on Christmas morning, so keep those fingers crossed for me.

Game wise the last few weeks have been dominated by traipsing around New Vegas. I bought the special edition that included a pretty good graphic novel, a deck of cards should you ever want to play caravan! A making of DVD, some casino poker chips and of course a big metal chip that Mr. House is so desperate to get his... erm... hands on. Overall worth the few extra quid, unlike some other special editions I could mention, Bioshock 2 being a particularly poor effort, and I have a record player! I guess I’m just tired of the same old art books. Anyways... before I started I went and finished all the downloadable content from Fallout3, just to be sure. Now I do think New Vegas is an improvement over that game, it’s just not that big of an improvement, so if Fallout3 was not your thing this won’t be the game to convert you. I would say that I am about 40ish hours in and just wandering around the map before I head to Hoover Dam where I presume I’ll have to choose sides and then the final battle will take place. I’m also on the lookout for my robot follower ED E, who is more than likely stuck behind a door somewhere. The game will take you by the hand over the map for every mission but won’t tell you where your followers are, very frustrating. More on this game as and when (read if) I finish it. 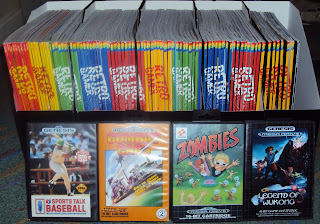 In the run up to Christmas I’ve been reminiscing over ones gone by. While struggling to pick out which were the best Christmases, one year I remember getting Wrestle Mania and the Real Ghostbusters for my good old C64, hours spent loading then reloading, bliss. Some years later I remember me and my brothers got FIFA 95 on the Megadrive, I’m sure I was the best at it. I also remember laughing that they bothered to include Qatar, surely the worst team in it, but no one is laughing now. It could have been the year after or maybe the next, I got Phantasy Star IV for Christmas, what a fantastic game. One of the best RPGs ever made in my opinion. Forget this online rubbish, make a Phantasy Star V! I also got a Menacer gun that Christmas, but the less said about that the better. Nothing like that happens these days. We are two weeks away and I know the snow has hit us and the weather has been terrible but it just doesn’t feel like Christmas, does it? If you want some nostalgic Christmas feelings, pick up the December issue of RetroGamer with its good old/new Oli Frey cover. Here’s a pic of my complete RetroGamer set and some of the Megadrive games I’ve been popping in the cartridge slot recently. I hope it brings back some memories, ... of when zombies were cool! 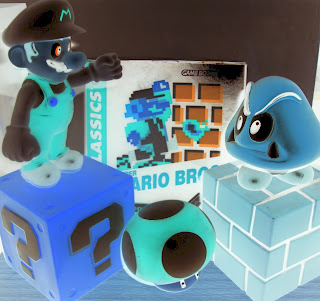 Before I sign off, let’s not forget that it’s Mario Bros. 25th anniversary, yippee!! But Mario is mad, because Nintendo have shoddily repackaged Super Mario All-Stars for the Wii. €30 for old SNES games of old NES games that you can download for less money from the Wii download channel? If you do get your hands on the Anniversary Edition, with a booklet and a soundtrack CD in a nice red cardboard box, resist the temptation to hold the game at arm’s length querying, “Is this it? 25 years? Really?” the back of the box says ‘Find out about the origins and development of Super Mario’ but the booklet, heavy on the –let, barely scratches the surface of any of the Mario games. While the soundtrack comes with a warning, ‘Caution! Cannot be played on a Wii console. Please use a CD player’ Brilliant, like my PS3 is it? Oh no wait that’s still broken, like my Xbox is it? My favourite track is No. 12 Small Mario Jump. It reminds me of a small Mario jumping, funnily enough. Oh Nintendo, Mario deserves better than this, he’s a gaming icon. I haven’t been this angry with Nintendo since they decided to rob me of all my stars from the stars catalogue, and they still email me every month saying how much more they are taking from me. Eventually I think I’ll end up owing them stars! Bastards!
Happy Christmas....
Posted by G at 11.12.10 No comments: