Back in 2003 Sega came together with Hot Wheels and released a set of 5 cars that tied in with Sega games which were popular at the time. I have three of them; the two that are missing from the set are to do with the games, Space Channel 5 and Super Monkey Ball.﻿﻿


Around the same time GamePro magazine was involved with Joyride for a line of toys (though the box says they are for display purposes only!) that included characters from some popular games. A number of Sega titles got their own figures, as well as some games from EA. I did have Cel Damage on PS2, but I didn't think it was a great game. There was quite a number of action figures released, for games including Metroid and Zelda, and some of them are rather tough to get your hands on. Here are some pictures of the four sets I have.﻿
﻿﻿

Shenmue was released on the Sega Dreamcast in November 2000 (nearly a year after its release in Japan), and the second game was released the following year; in Europe at least, North America decided to skip the Dreamcast and only got the Xbox version of the game. That hit shelves in October 2002. European Xbox gamers had to wait until 2003 to play it.
Here we take a look at both Dreamcast games. The artwork on the front and back covers, as well as some of the discs really gives you a flavour of the visuals in the game. I definitely prefer it over the artwork that they used for the Xbox version. The Dreamcast used GD-Roms, so the games came over a number of discs, hence why the boxes needed to accommodate two cases for each game.
The first time you step out of the Hazuki Dojo and look around at the snow falling from the sky (the weather is done in real time, and the game starts in December, so its more than likely snowing!) as you follow the path into the village the view really is breath-taking, and surely one of the most memorable scenes in all of video games. Each new, and larger, area you arrive at really is a sight to behold. Plus there is so much to do and see in the game. You could easily get side-tracked from your quest and let the days of the inner clock in the game click by as you go and talk to all the people who wander the streets or play the mini-games that are dotted around the city of Yokosuka. Darts, slot machines, or if you go to the arcade you can play a game of Hang On or Space Harrier.
I would gladly pay for an updated version of these games on any of the newer consoles (I'd buy the console specifically for it to be honest!). But much more exciting would be to finally see the games story completed in a third instalment. Yu Suzuki, the director of the Shenmue series, has talked openly about his desire to release the next chapter, and a larger and larger number of fans are getting behind the push for Sega to green light the third game. The videogame landscape has changed a lot in the past 15 years, but the desire for a rich, visually stunning, well written game will always be there. Shenmue ticked all those boxes back in the Dreamcast days, and has all the potential to do the same now. Also, it would surely sell more than all of those (mostly woeful) Sonic games that keep getting released! 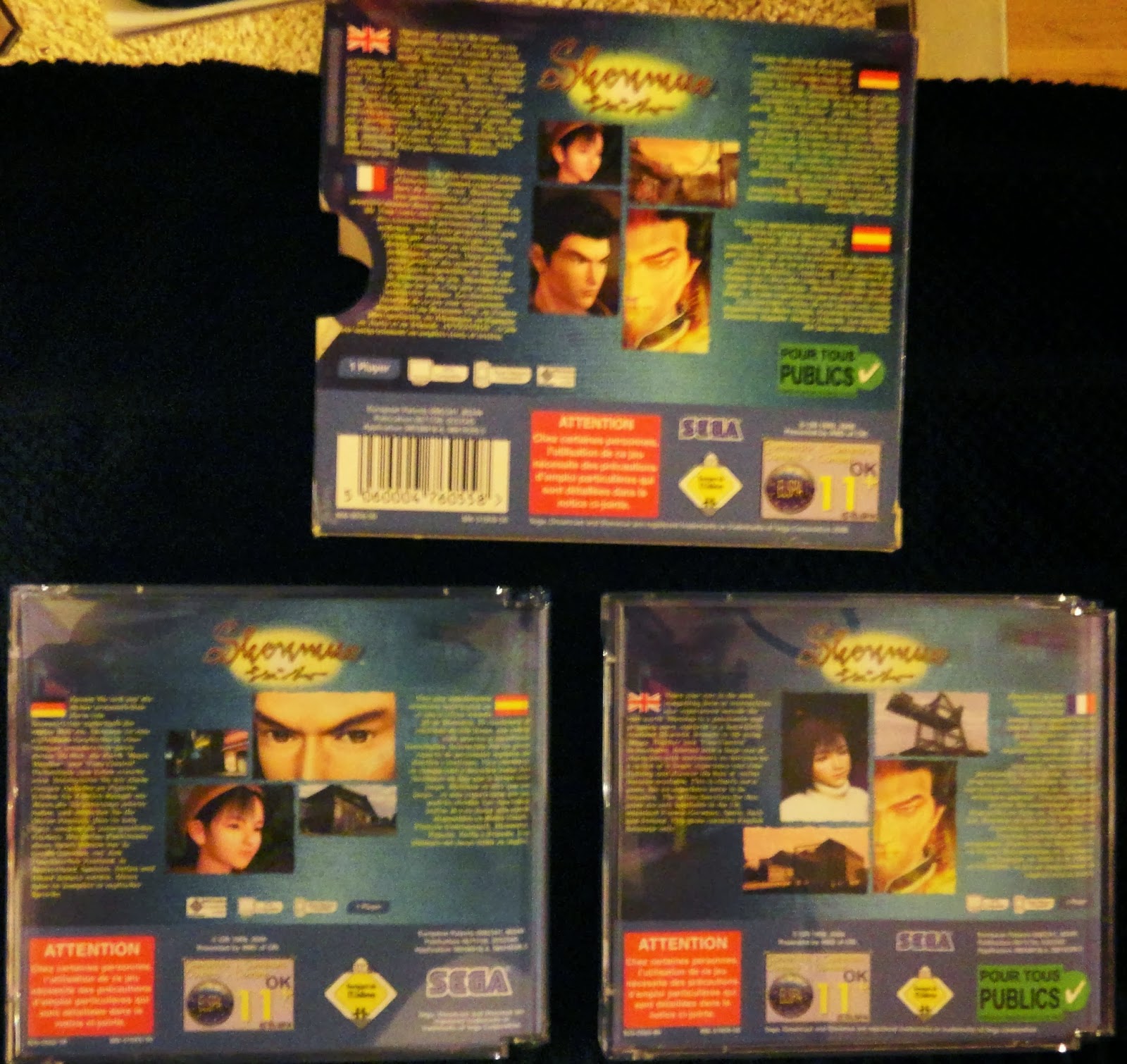 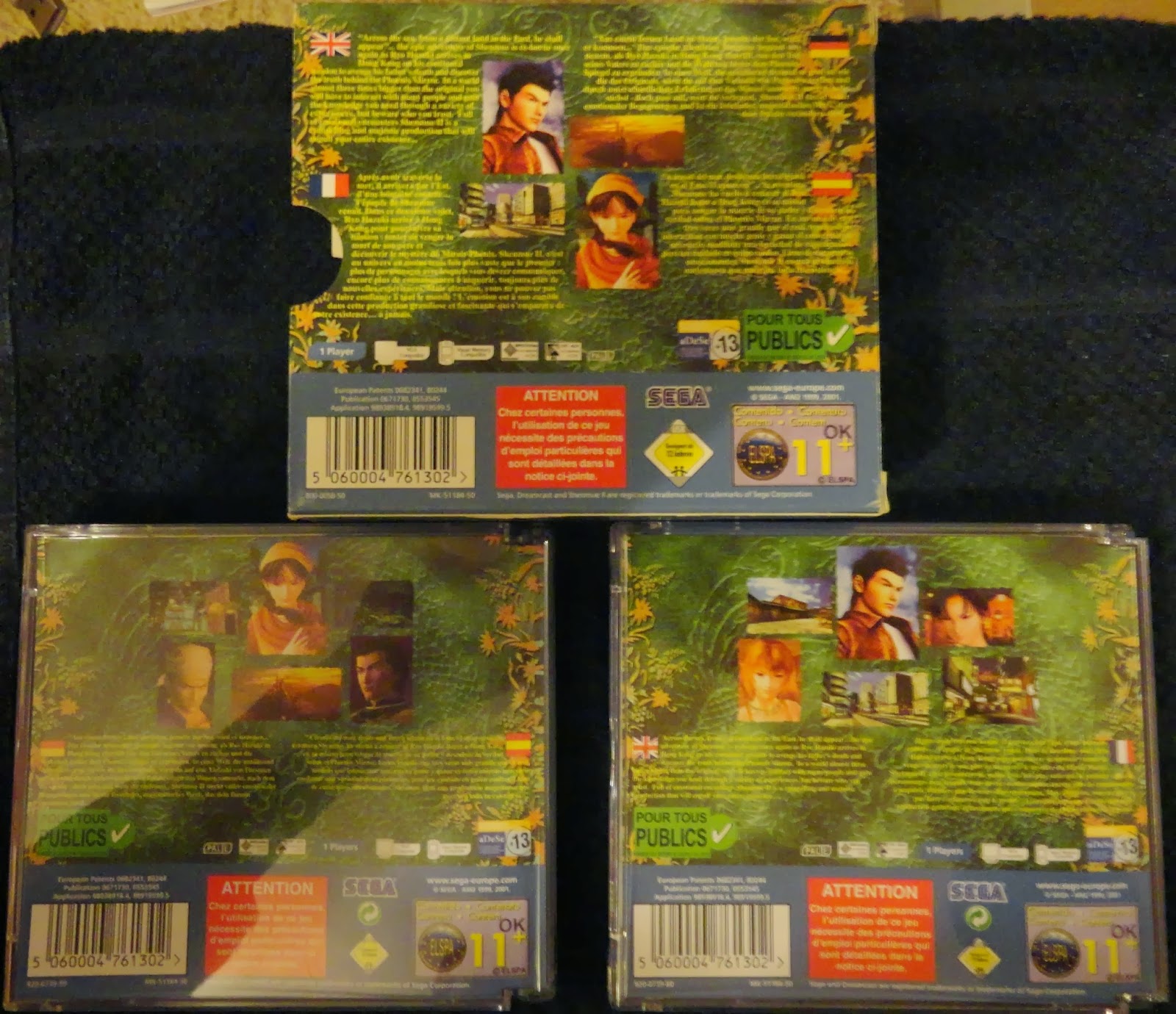 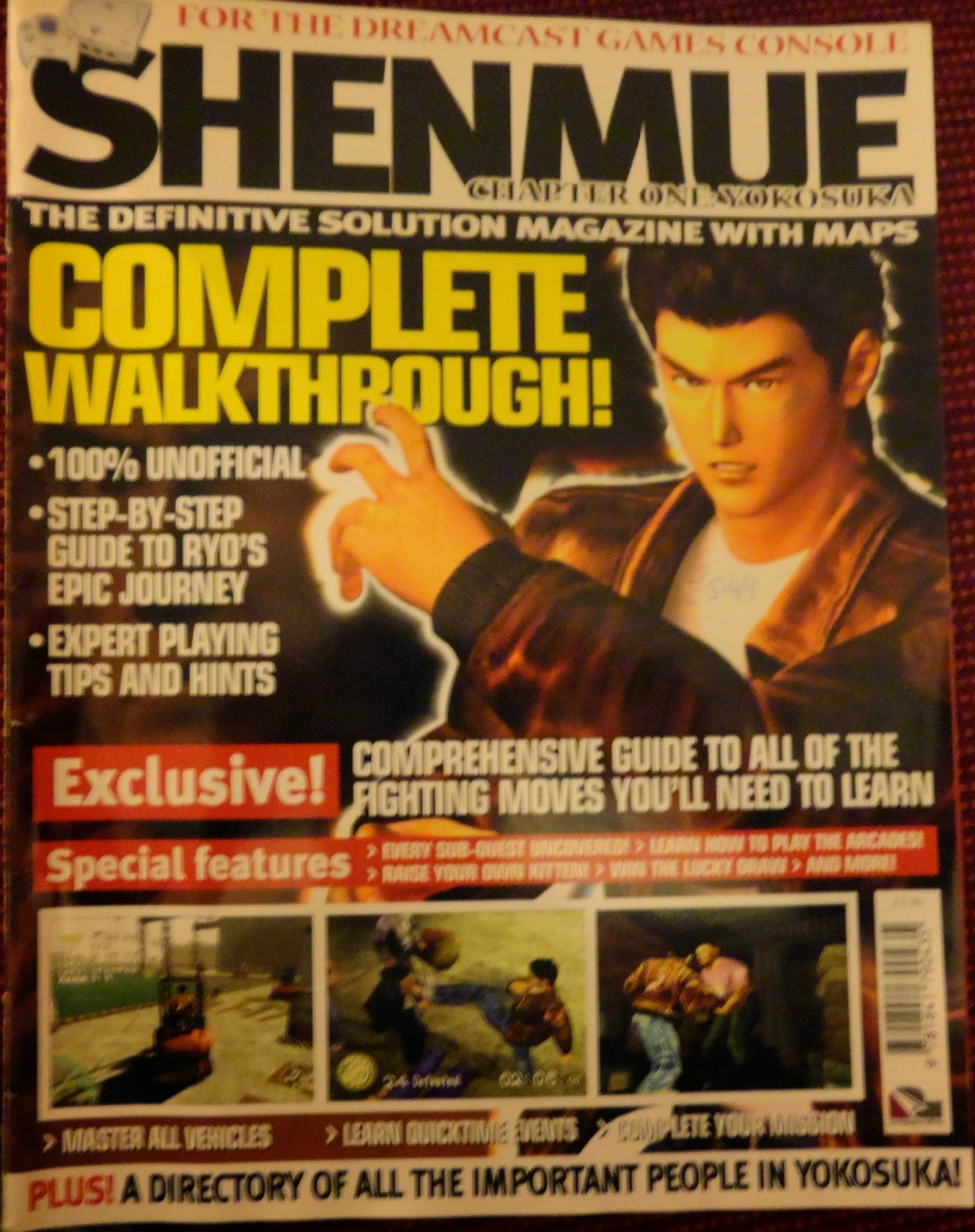 This Shenmue Guide was released to newsstands by the folks at Dreamcast Magazine (not the official one) and it will take you through all the main points on each of the three discs. There is some great artwork from the game within its pages. The back cover, shown here, is of Terry, the leader of the Mad Angels Gang.

Ling Shen Hua appears in both Shenmue games, and surely will have to show up in the third!
Chai sneaks around after Ryo in the hopes of acquiring the Phoenix Mirror, just so he can give it to Lan Di.
Ryo sees his father die before his eyes, which sparks the whole game into first gear. This also leads to my personal favourite scene, when Fuku-san pleads with Ryo not to pursue his fathers killers!
The guide is very detailed and does a good job of covering everything you will need to do in order to get through the game. It has detailed maps and item lists, and plenty of pictures which show you the way  in which the story should be progressing.
Please click on the pictures to see more pages up close. And apologies for the layout, but Blogger (as usual) is proving to be rather awkward to work with!

﻿Want to see Shenmue III and once again return to the world of Ryo Hazuki? Then get behind the #SaveShenmue campaign. Follow Shenmue Dojo Team Yu Shenmue500k Shenmue Fans on Twitter (plus many more people I'm forgetting).
Posted by G at 3.2.14 2 comments: